Proves someone is who they say they are via face & voice recognition coupled with liveness detection.

Enabling a centralised response to threats via a fraud orchestration mission control. The complete solution to know and trust your customers online for Onboarding your new customers quickly and efficiently is just as crucial as ensuring dishonest or prohibited people are prevented from advancing.

​Udentify AI-Powered facial verification and passive liveness detection intelligently match your live customer to their valid ID documents in seconds. Via a frictionless and natural user experience for the customer and an improved completion rate for your business.

A pop-up or tick box asking the website visitor if they are over 18 does not prove their age. Regulations surrounding age-restricted commerce such as gambling, online gaming, dating, e-cigarettes, tobacco, alcohol and so on, are complex and continually changing.

Udentify proves their real age under 13 seconds on average on the first use by extracting and validating their date of birth from the chip on their government-issued ID document using NFC / OCR when creating an account or making an online purchase. Protect your customers and employees identities with true Passwordless MFA via facial and voice verification and passive liveness detection.

Answering the question: Is this the correct, present person, in under a second across their devices Onboarding your new customers quickly and efficiently is just as crucial as ensuring dishonest or prohibited people are prevented from advancing.

​Udentify AI-Powered facial verification and passive liveness detection intelligently match your live customer to their valid ID documents in seconds. Via a frictionless and natural user experience for the customer and an improved completion rate for your business. 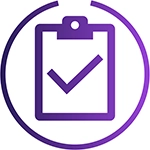 As the global AML requirements tighten, it’s imperative to prove someone is who they say they are at the start and during the customer relationship. With udentify, Strong Customer Authentication is automated, natural to use, takes less than a second using face or voice biometrics, while eliminating fraud. Password credentials are easily guessed or purchased on the dark web; cybercriminals can access a user’s account and penetrate other online accounts to maximize their return. Udentify deters fraudsters only authenticating the right person, using face and voice biometrics coupled with passive liveness detection for a more robust user experience that fraudsters despise and users adore.


All your user needs is their ID and themselves

For a one-time identity verification And after legitimate customers have verified themselves

Or in other words ( Spoof-proof Government-issued ID Document ) + ( Validating data in ID document chip is authentic using complex cryptography ) + ( Advanced AI / Deep learning and Liveness detection to determine the person is alive and the same as the ID document ) all in 13 seconds.

Identity proofing & Authentication in one place

Whether it’s onboarding for new services or authentication to access an existing service or space, we let the good guys through with 99.9% accuracy at speed with minimum friction.

No photos, videos, masks or bad IDs permitted, only the real you

Level 2 is the ability to detect 3D lifelike dolls, mannequin heads and realistic masks that can be purchased for under $300 and worn by a real human and deep fake videos exhibiting blinking or 3D motion.

Fit for any business

No Mobile App? no Problem…Integrates easily to your web app and let your users interact with any browser. Udentify will work on a Mobile or Laptop camera

Ready for the new era of identity, authentication and fraud prevention?

Our experts are here to answer your questions and help you with every step to make sure fraud.com solutions are suitable for your needs.
​
Complete the form on the right, and we will contact you back as soon as possible.

Thanks for submitting! We will be in touch soon.

What is Biometric Authentication?

Biometric authentication is a security strategy that depends on the unique biological features of people to confirm they are who they say they are. Biometric authentication systems compare physical or behavioural traits to stored, verified, accurate data within a database. Udentify quickly performs all verification processes in seconds.

fcase allows you to create a model that you can manage at a single point by processing all data from your own fraud detection applications, 3rd party software or aiReflex and Udentify products offered by fraud.com. This enables you to make the right decisions so that you can take faster and more effective actions.

Where is Biometric Authentication Used?

Biometric authentication system; aims to protect data in all areas where high security is required in the digital environment. In this respect, biometric verification; It is used for access control and fraud prevention in sectors such as banking-finance, insurance, health, education and gaming for attempts such as breaches and bypassing systems. It is also preferred for fast authentication for remote customer acquisition and user engagement. In this way, it offers the most secure way of recruiting and customer acquisition experience.

What is Fraud Case Management?

Biometric authentication systems use the following to identify a real person:
​

What is Liveness Detection?

Liveness detection is an artificial intelligence-assisted verification method that detects whether a person trying to log in to a system using authentication technology is a live person. Systems using this technology; It can detect whether the person trying to log in is the real person he claims to be, and whether he is trying to deceive the system with a mask, photo or video. In this way, you can verify the people who want to log in to your system with high security.

What is Identity Verification?

Identity verification is the process carried out to verify whether the people trying to verify their identity are the real people they claim when opening an account or benefiting from different services in institutions serving in sectors such as banking, finance, insurance.

Although identity verification is preferred to prevent fraud when opening an account, its main purpose is; To provide secure services to financial institutions that can effectively use money laundering (AML), know-your-customer (KYC) services and to greatly support them to reduce risks.

How Does Identity Verification Work?

The working logic of authentication systems consists of several artificial intelligence-supported steps on the verification of a real person. In order to be able to authenticate, the identity information and biometric data of the real person (face recognition, voice recognition) are converted into biometric data sets, and then these data sets are compared with the data provided by the person trying to authenticate in the system. In case of matching, the verification is completed.

What is Passwordless Authentication?

What is Age Verification?

How Does Age Verification Work?

Since age verification systems use algorithms trained with large data sets, the age determination of individuals can be done with high accuracy. This makes it easier to quickly identify people trying to bypass the system, or to exclude age groups who are not approved to log in.

How Do You Capture ID Documents?

In order for the identity verification process to be carried out, the identity of the person to be registered in the system must be introduced to the system. For this process, the identity document can be captured in two different ways using NFC or OCR technologies.

NFC technology is used for identity documents with ICAO-9303 standard, such as chip ID cards, passports and driver's licenses.

OCR technology is used to capture non-chip documents such as ID and driver's licenses and save them to the system.

What is NFC Technology?
Near Field Communication (NFC) technology is a wireless communication technology that enables users to exchange data with devices using NFC technology with one touch. With NFC, data can be transferred from device to device or from NFC-enabled chip cards to devices. With Udentify NFC Technology, it reads your identity information from the chips very quickly and saves it to the system, without the need for any other documents.

What is OCR Technology?
Optical character recognition (OCR) technology is a system that processes the texts in any scanned document or image file in order to convert and edit this data with AI support. Udentfiy scans your chipless identity document with OCR technology and quickly processes and saves your identity information without the need for additional documents or data entry.